A downloadable game for Windows

(This is VR game. HTC Vive and HTC Vive Pro are the only supported VR headsets at the moment)

Wave Circles is a rhythm-based game where you play pre-recorded beatmaps and create your own ones with your body.

We have two songs to play for you with a beatmap per each (easy and hard). You can also upload your own songs, create your own beatmaps for any song, and share the recorded beatmaps with your friends.  Please see detailed instructions below:

Use top round button on your HTC controller (right above the biggest round button) to pause the game and stop recording.

Hit the song you like in the menu and then choose the beatmap you want to try. Catch circles and hit blobs with your hands. Use your body and dance!

Upload your songs in mp3 format to the following game folder: ...\WaveCircles\WaveCircles_Data\StreamingAssets\Music

Once you upload a song, you find the one in the song selection menu.

Hit '+' in the menu to activate recording mode. Press triggers to make circles. Press large round 'teleport' buttons to make blobs. Beatmaps name format is the time of its recording (sorry, we will add custom naming later). Hit 'X' to delete a beatmap.

Create the most crazy bitmaps using your body and imagination!

All recorded beatmaps are saved in the following game folder:

To share a beatmap with your friend please send her/him a music track (please don't change its name!) which she/he needs to upload to this folder ...\WaveCircles\WaveCircles_Data\StreamingAssets\Music

Then go to your Beatmaps folder and find a beatmap file which has a name of song in its name. Send it to your friend. She/he needs to place it into her/his Beatmap folder.

This version of the game is a prototype.  We will add more features and polish the game based on your feedback. Let's make a great game together!

This game currently only works with HTC Vive and Vive Pro.

Please extract WaveCircles folder from archive WaveCircles.7z. In the folder please find WaveCircles.exe and a shortcut to the .exe file.

Hi everyone! We are glad to announce we are officially live on Steam Early Access. https://store.steampowered.com/app/1041680/Wave_Circles/

Hi everyone! Thanks for your support and feedback. Great news, we’re finally going to Steam Early Access in May.

Check out our announcement Trailer and wishlist on Steam.

Hey, I saw in another comment you plan to release on Steam in May what price point should I expect? and what will be in the Steam version that won't be in the free Itch.io version or should I call it a demo? anyhow I'd love to know! :)

Yes, May is our target for the release in Early Access.

Price is expected to be $9.99, but we still have to figure it out. What are your thoughts on the price? What would you expect? Please let us know!

9.99$ sounds like a really good price. Looking forward to it!

Not sure if it's planned, but would be cool to have a platform to distribute beatmaps. What's your plans for that?

We will help the community to exchange beatmaps. Details will be unveiled later. :)

I bought the HTC Vive because I wanted to be more active and not just sit down when playing games. My favorite's are 'Space Pirate Trainer',  'Fovos VR' and 'Chromatic Shift'.

I have had 'Wave Circles' for a week and I'm loving it! I like the idea of 'Audica', shooting things to the rhythm. And I've seen people play 'Beat Sabre' but barely moving their wrists.

This, forces you to use all the space available and even though it's a simple concept, it's extremely fun, gets you moving and hard to master!

Once I realized that I could load any mp3 song I wanted AND make my own maps to play... Let's say that I get a workout better than any other VR game I've tried so far.

Additions: A leader board would be nice to keep track of scores and maybe have the lighting get brighter when you get a high score during the game play. Perhaps a percentage rating as well as the score would be nice to see.

I understand this is an early demo but I don't think too much is needed to get it ready for release! (Which I am looking forward to.)

Here are 3 music tracks with Beatmaps that I've created. https://www.dropbox.com/s/u5y46b2tvqicfqt/DJ%20SWEETLEAF%20Beatmaps.zip?dl=0

All We Want - from Gold Digger Records

As a producer I plan to try beat-mapping some of my own tracks soon. I look forward to any updates.

I really appreciate your comments and your work. This all sounds like we are heading in the right direction )).

Can you please text me at my email address: ilya.kuzyuk@platformavr.com

We preliminary plan a release on Steam in mid-May. I definitely would like to share with you a free key for a game. This is our first proposal.

But more importantly, do you want to bring a piece of your artwork in the final game (music and beatmaps) and become a part of the game and get credentials there? Your beatmaps are really cool!

Appreciate your feedback ))) We are working hard on the full version with much more music towards the release on Steam in May. BTW, there is an instruction in the game description how to upload your favorite tracks and record your own beat maps. If you'd like to please check it out and let me know your feedback! Thanks. 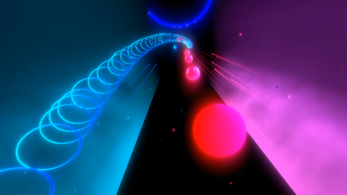 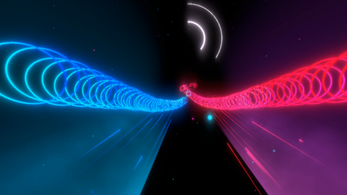 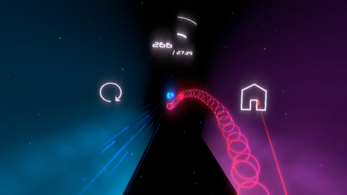 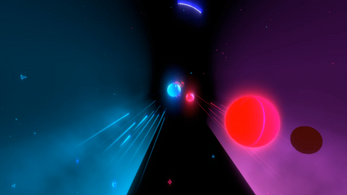